Love for Film Festivals in the Time of COVID-19 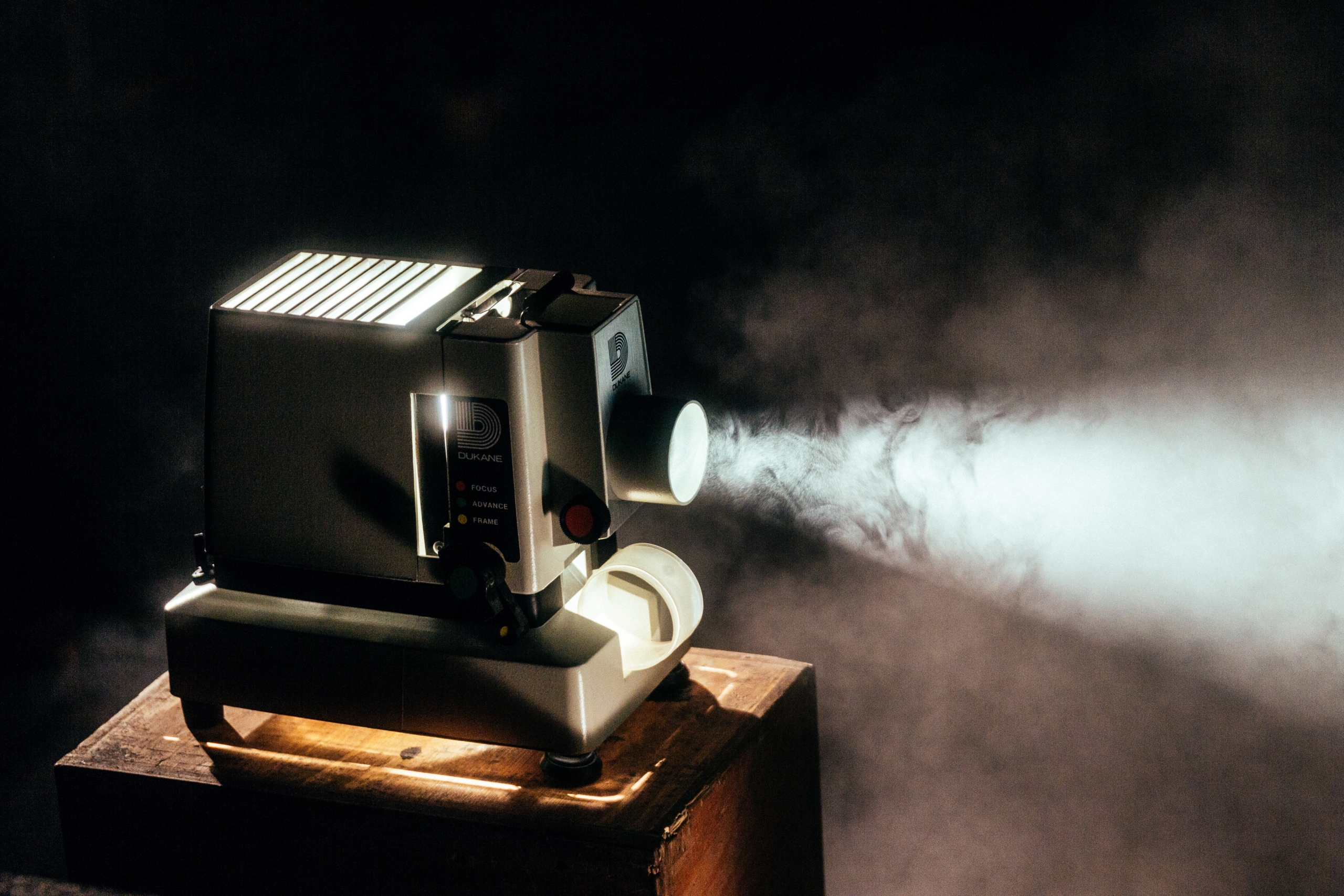 Or: how can we keep creating meaningful encounters between independent films and audiences during pandemic lockdown?

Perhaps you’ve been living in a secluded corner of Netflix for the past couple of months, but 2020 has started with a bang. A pandemic bang. Just last week, after more than a month of increasingly dire reports of the spread of the coronavirus, WHO declared the COVID-19 outbreak a pandemic.

If you’re a kid, this means a bunch of “snow days” without snow (in case you forgot, we’re also undergoing climate change). Congrats.

If, however, you’re working with film or any other type of cultural live events, a ban on all large gatherings is a big obstacle. Countries around the world, including our own headquartering Denmark, have banned large gatherings of anywhere between 100 and over 1,000 participants. Additionally, memes about “social distancing” as well as strong recommendations from public officials to minimize physical contact have turned people away from even the whisper of a planned outing to the movies, theatre or concerts.

At HF Productions, we organize over 20 small-and medium-sized film events around the world.

We’ll let that one sink in.

If you think that sounds crazy—you’re not 100% wrong. Operationally speaking, we love a good challenge and we thrive in situations of maximum stress. But the times, they are a-changin‘, for the film industry, more generally, and for film festivals, specifically. Now, more than ever, we need to let go of routines and rethink the current industry models.

So we wanted to take a moment to pause and look around ourselves at the pandemonium. Hopefully find a way forward. In this post, we’ll provide a brief overview of the 3 main reactions from the film festival industry, giving you an update from the HF Productions offices, and asking independent filmmakers to chime in.

How are film festivals responding to the pandemic?

Not counting the online petitions for governmental aid for the events industry, over the past couple of weeks, there’s been 3 different types of responses to the international lockdowns from the big industry players. Some festivals have cancelled their 2020 editions. Some have postponed them to later in the year. And others have made the jump to the world of streaming.

Let’s take a closer look at some of the pro’s and con’s for each of these options.

The first big name to drop the C-word was SXSW, when it announced it was cancelling its 2020 edition amid a flurry of shock and panic. Immediately afterwards, some +50 film festivals around the world banded together in offering fee waivers to the SXSW selected filmmakers who were forced to miss their premieres. A week ago, however, SXSW decided to go digital, so we’ll be mentioning it again below too.

Other major festivals that have chosen to shutter their 2020 windows: Tribeca, Seattle International Film Festival, Sydney Film Festival and many others.

While we can only imagine how hard it must have been to make these decisions, there’s a number of reasons why cancelling an event is not an option we’d recommend:

Any advantages to this solution?

At the time of writing this post, Cannes Film Festival had just officially announced postponing. As one of the biggest film events on this side of the Atlantic, this move makes us pause. Like many other events, HF Productions has also decided to postpone its events affected by the coronavirus-imposed sanctions, as we mention further down.

So what’s so great about postponing film festivals?

What about cons for postponing?

… That got dark a bit too fast.

A surprisingly large number of festivals are choosing to go digital instead of the previous two options. Starting with CPH:DOX, which has just launched its full program online, others like SXSW and the Environmental Film Festival are following suit. The Annapolis Film Festival is teasing a “creative alternative” to the traditional format—which, in this world of banned gatherings, can only mean online.

If you’re an independent filmmaker, navigating a sea of scammy film festivals, “online events” are not really your cuppa. Truth be told, online film festivals have a bit of a bad rep. That is why the world’s biggest platform for film festivals, FilmFreeway, has adopted a policy of not listing online events publicly. In many cases, these events are not much more than award-churning machines that offer very little accountability to filmmakers.

In this media landscape, there is nothing special about being able to watch something online, let alone an indie film, so a virtual film festival won’t be any kind of substitute. However, if the festival uses a virtual screening space to still give out awards, that’s a game-changer.

That’s the twist—in order to compete with today’s oversaturated digital universe, online film festivals have to offer more than the simple streaming of films. As festival organizers, we owe it to the filmmakers we’re working so hard to support and promote around the world.

What can online film festivals do to tip the scales in their favor?

While we at HF Productions haven’t fully embraced the streaming model yet, it’s something we’re definitely keeping an eye out on. It’s becoming increasingly clear that the film festival industry needs to evolve with the times. Incorporating more of the online landscape to continue supporting independent film could potentially be one way of rethinking the model.

What’s HF Productions doing amidst all these cancellations?

Two days before our fourth edition of Annual CPH Film Festival was supposed to start, the Danish Prime Minister announced a national lockdown and discouraged all large events from taking place. Our Copenhagen event is famous for its small audiences and intimate atmosphere. Still, we had to make the sad decision to postpone our event until things cleared up, since our partner venue Huset Biograf was forced to close down temporarily. Our team had spent more than half a year preparing this event, collaborating with wonderful partners and filmmakers. We were beyond heartbroken to have to postpone it.

That said, we realized there was no excuse to continue with a live event that could encourage the spread of COVID-19, regardless of how many hand sanitizer bottles we equipped our venue with. Postponing the event also means we have more time to prepare an even more exciting celebration of indie films, whenever society returns to normal.

On the same day, HF Productions started working from home.

Besides our Copenhagen film festival, we’ve also had to push all of our spring events to later in the year. This is a less than ideal solution, but it’s also the best solution we have for now. We’re definitely unwilling to let go of these amazing films we get to work with. So we’re working hard to make sure we can celebrate them—as they deserve—as soon as we physically can.

What about the indie filmmakers?

Of course, film festivals are not the only affected entities in this global pandemic. Far from it. Theatres around the world are shutting down. Festivals are cancelled, postponed or moved to the cyber realm. No-one in the film industry is left unmarked.

Independent filmmakers rely almost exclusively on the festival circuit for distribution deals and sales. They are now left scrambling after the films they’ve worked on for months or years have lost their prestigious premieres.

Oakley Anderson-Moore from NoFilmSchool has talked to filmmakers who were cheated out of their major fest premieres due to COVID-19. Some hard truths about the state of indie filmmaking in the current pandemic resurface in her article:

Most importantly, but least observable, is the loss of money to filmmakers and the indie film industry because, without festivals, indie films might not get sold. DIY distribution may not bring in the money that is needed to continue to support indie filmmakers and film crews.

Unsurprisingly, the effect of festivals on indie films securing distribution is one of the biggest advantages of the circuit. No more festival screenings means no more press for and reviews of independent releases.

But this doesn’t have to be the case. As more festivals look towards more “creative” ways of extending their reach, we can make sure filmmakers get all the support they need to achieve their goals—sales and distribution.

Get journalists and film critics to watch the festival films from the comfort of their own home. Help filmmakers network with sales agents and distributors online. And most importantly, find a way to combine the brick-and-mortar charm of indie theatre experiences with the accessibility of the digital. Perhaps this way we can all survive this pandemic in one piece.

Interlude for a poll:

In lieu of a conclusion…

It’s impossible to draw a line and offer a clear solution in a pandemic. It is up to each and every one of us, film festival professionals, to reassess what matters most to us in this industry and how we can salvage or update it.

Jon Gann (of ReelPlan, founder of DC Shorts and Local Producer for AFI Docs) has put our feelings into words:

The model we knew is no longer relevant, and it is up to each organization to define the new paradigm based on what they can best accomplish for their audiences and the filmmakers they hope to further in their careers.

In other words, let’s get brainstorming.