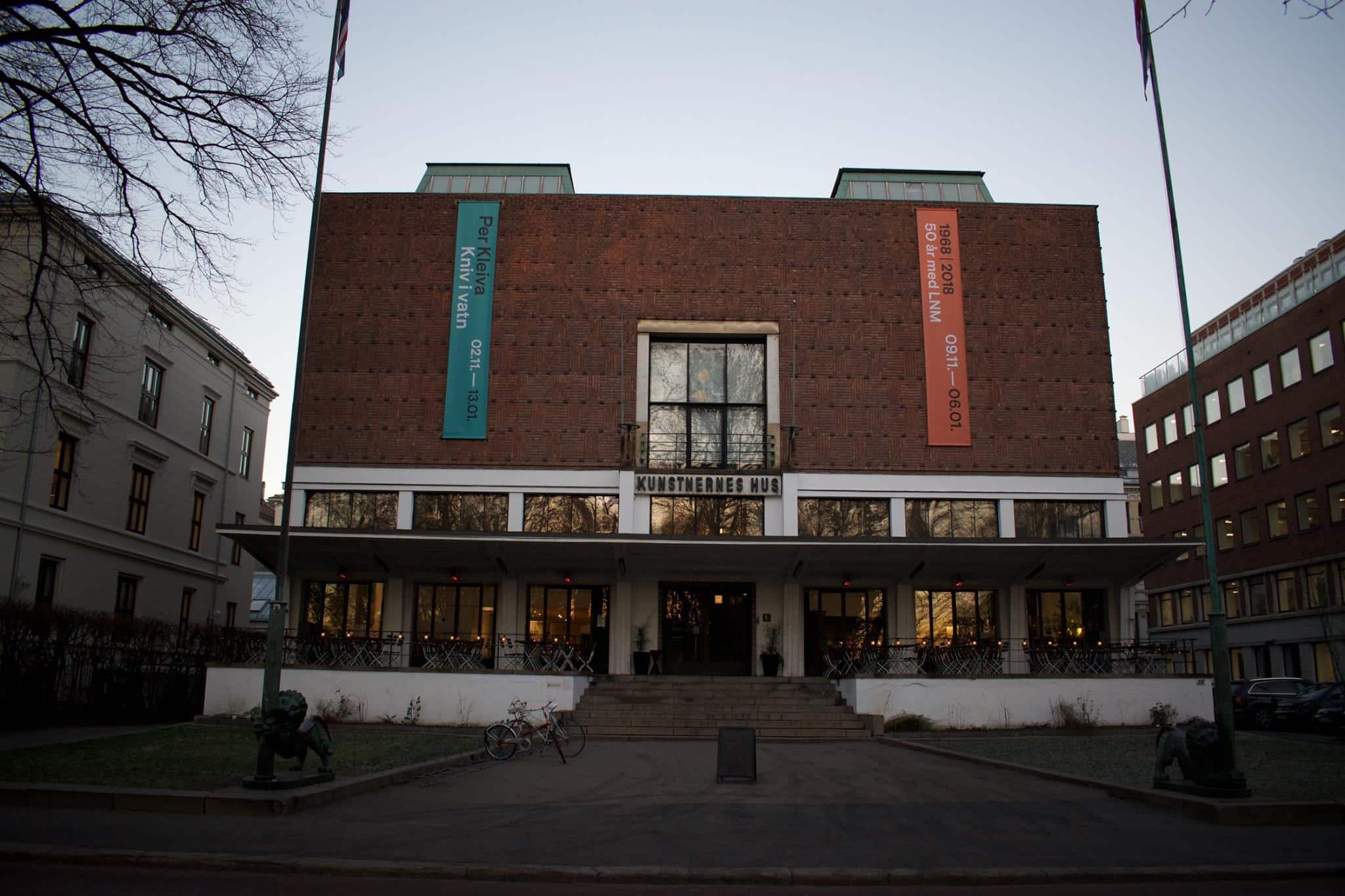 When you organize over 20 events a year, it’s hard to pick a favourite. But Oslo (and Norway, more generally) holds a special place in the pantheon of HF Productions film events.

Firstly, founder and CEO Henrik Friis is half-Norwegian and is convinced “Norway is the Best Country in the World”.

Secondly, for a company headquartered in Copenhagen, running events in Norway’s capital city feels more familiar than most other cities in the world.

And, probably, most importantly, the Oslo audience is one of the most engaged we have the privilege of working with. This is perhaps my favourite thing about returning to Oslo for a second year in a row—at the risk of sounding clichéd, the warm welcome and the participating guests turn what could easily be a very passive event into an active conversation between filmmakers and audiences.

But how do you encourage this sort of engaged atmosphere?

If you’re new to organizing film events, there’s a few essential elements that all need to work together, as a starting point:

Unless your film event is clearly advertised as an online festival (and that’s a topic for another post!), filmmakers send their projects and pay the submission fee for a chance to be screened in a physical venue, with a live audience.

Time after time, filmmakers re-confirm to us that having their work screened in a “proper” theatre and getting to experience the audience’s feedback live continues to be unmatched as an experience.

Oslo Independent Film Festival is lucky enough to collaborate with the outstanding Kunstnernes Hus—while not historically a cinema, the quality of their projections is unparalleled. The House is a wonderful meeting ground for all the visual arts and I honestly couldn’t think of a cozier space to experiment with film curating.

Each venue has its own unique history and clearly defined audience—and it is up to the curatorial team (myself included) to program a selection of films that is both of high-enough quality, and matching the intrinsic DNA of the hosting space. In that regard, Kunstnernes Hus is not a place for Hollywood-like blockbusters, which means it’s a perfect place for an independent festival like ours.

Ideally, the films you select should be able to start a conversation with the audience and the region you’re presenting them in. We’re a very international team, with experience in different corners of the world, so our main focus is on refining our curation to match the audience. This is not to say we simply aim to please the audience and leave them satisfied—we also hope to challenge the audience and inspire them to reflect on topics concerning them.

Films have, undoubtedly, the power to instigate change (starting from the smallest scale) but not every film is the right tool for every audience. This goes back to the point about the venue’s DNA—the audience visiting Kunstnernes Hus is international and very educated about cinema, which is a big factor we consider when we make our selections.

In fact, for this edition, we had a whole class of Film History students from University of Oslo attend one of the screenings and spend the whole evening discussing the films they’d seen!

This brings us to …

If you’ve chosen a suitable venue and curated a fitting film programme, the people will surely come to you… right? Not quite. There’s a lot of resources that go into marketing and promoting an event, but we’ll save that for another post.

Let’s say you’ve invested a sufficient amount of energy and funds into promoting the event and you’re lucky enough to end up with more than half-full, or even full, houses! That must mean you’re done, and that the event is officially a success.

Not so fast. Now comes the most exciting part—if you’re like me and love to geek out about films. My favourite thing to do during the breaks in the screening programme and at the end of the evening is to strike up conversations with audiences and find out more about their experience of the evening.

People in Oslo are always very friendly and polite, so they start by complimenting the curation…

But once pleasantries are out of the way, we can really get into the programme. What was their favourite film of the night? What made it so memorable? What did they not enjoy so much? What turned them off about it?

Some of the films that sparked the most debate each evening were:

Perhaps the highlight of the entire week for me came on the first night—while talking to one member of the audience about the opening film, Teranga (the short doc from Daisy Squires, Lou Marillier, and Sophia Seymour about refugees in Naples), the guest reflected on how the documentary mirrored his own experience as an asylum-seeker in Norway.

So maybe you’re organizing a mini-film festival and dream about creating the sort of industry events (roundtables, panel discussions, Q&As) that you’ve seen at some of the top-tier film events. It’s good to dream big, but it’s also healthy to have realistic expectations.

Most of the events we organize around the world are small-scale, intimate occasions to bring people together and celebrate contemporary independent cinema. This means our industry events have a cozier feel to them too. Some big advantages are that filmmakers and industry professionals get to know each other more in-depth, and the conversation tends to flow more freely.

During our three-day festival, we hosted two meetups for our attending filmmakers—one with our Head of Production, Benn Wiebe, and another with Norwegian Independent Distributor, Vibeke Skistad.

With Benn, the conversation covered a wide range of topics, from challenges during the production to lessons learned for their future projects.

Some interesting questions that came up during this session:

Vibeke had a more concentrated and hands-on presentation of the do’s and dont’s of indie distribution for feature films, specifically targeting the nordic region (as all attending filmmakers were from Scandinavia).

This session prompted a lot of reflection on:

We’ve come a long way with Oslo Film Festival in the three years it’s been running—from a one-day event to a three-day event within one year. The more these events grow, the harder it is to say Hej hej and Vi ses at the end, but the slight nostalgia that follows me around in the weeks after such a festival is simply recycled into excitement about doing it all over again the following year.

So, takk for sist og ses neste år, Oslo! If you’re interested in joining us next year, send us your work below:

When it comes to organizing film events, we could write a book about it. But there’s so many ways to promote and exhibit indie filmmaking, and there’s even more ways to create something that feels “successful”—enriching, memorable, and valuable in some way.

If you organize film events too, what are your biggest priorities?

And if you love attending film festivals, what makes the best ones stand out to you?