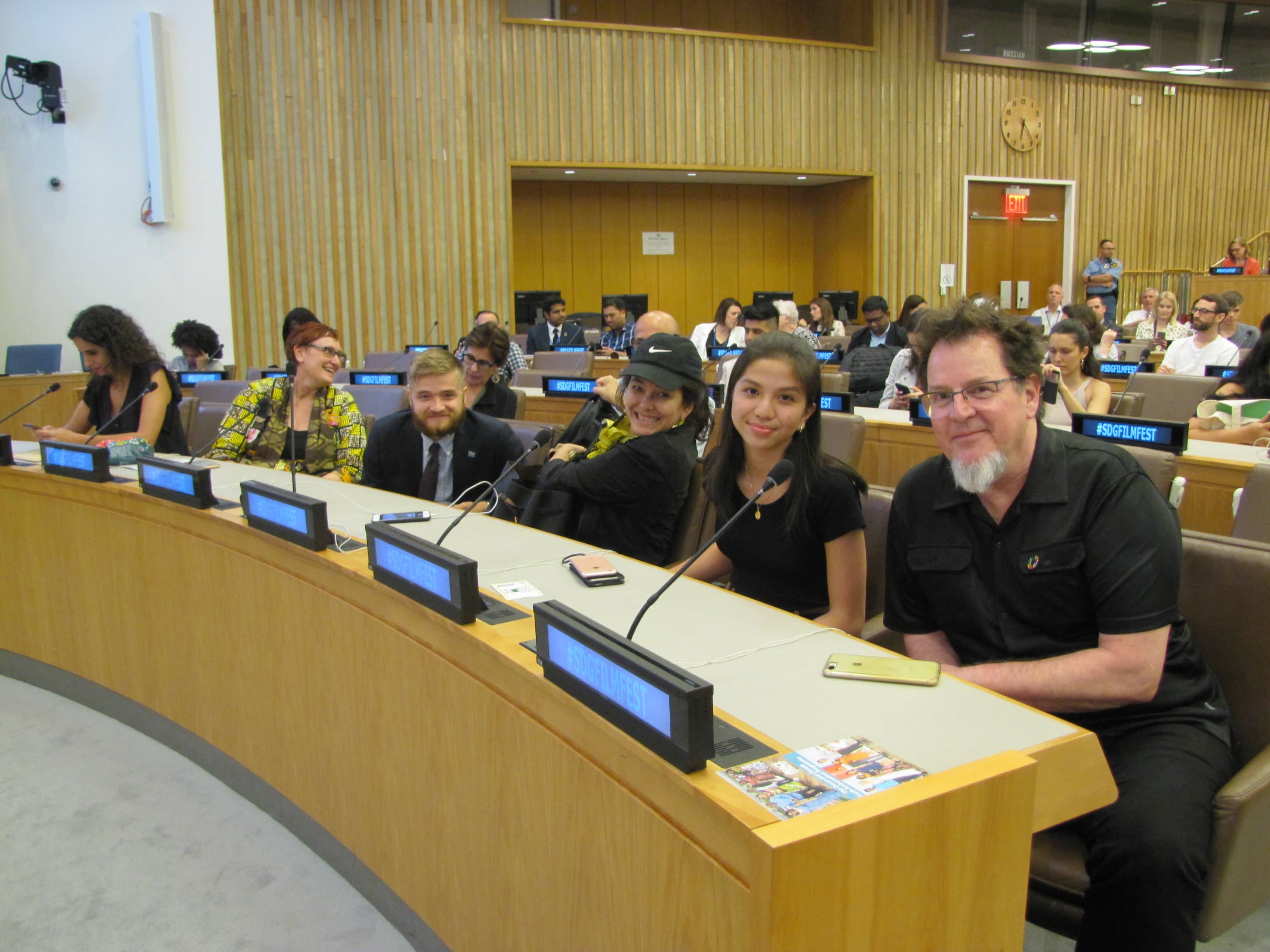 The UN SDGs in Action Film Festival is co-organized by United Nations DESA and HF Productions. Hosted by the United Nations at their headquarters in New York, this event is built to educate filmmakers and the public further on the SDGs, and champion real impacting stories globally that are representative of the SDG mission. In support of both the UN and HF Productions goals, this event is both free to submit to and free to attend. In just its second year, the SDGs in Action received 1000 submissions and showcased films from countries including Philippines, Kenya, Portugal, Brazil, and Italy.

Henrik and Benn were commissioned to be special judges for the final selection, moderate the filmmakers panels, and speak during the main event. The filmmakers were flown in from their respective countries, were taken to lunch in Manhattan with the special judges and UN team. During the panel, there were some particularly important moments that spoke to the importance of the mission of the event. The film from Portugal was about water conservation, and it was made by a biological engineer. The film from the Phillippines was on an initiative called the “One Million Lights”, providing households with solar powered lanterns to replace dangerous kerosene lanterns and for many who have nothing at all to use for lighting & electricity. Best of all, the film was made by high school students and they traveled all the way from the Phillippines to share their film and the initiative they are a part of. These are prime examples of what this event is trying to achieve.

The films were also preceded by SONY’s contribution, making a PSA on climate change and SDGs with the characters and actors from Angry Birds. The films played to a full house at UN HQ and preparations are already being arranged for the next version of this event for 2020 with the stated objective being to have these films re-screened for the UN General Assembly.

Check out all the winners of the event here: https://sustainabledevelopment.un.org/hlpf/2019/filmfestival#winners2019