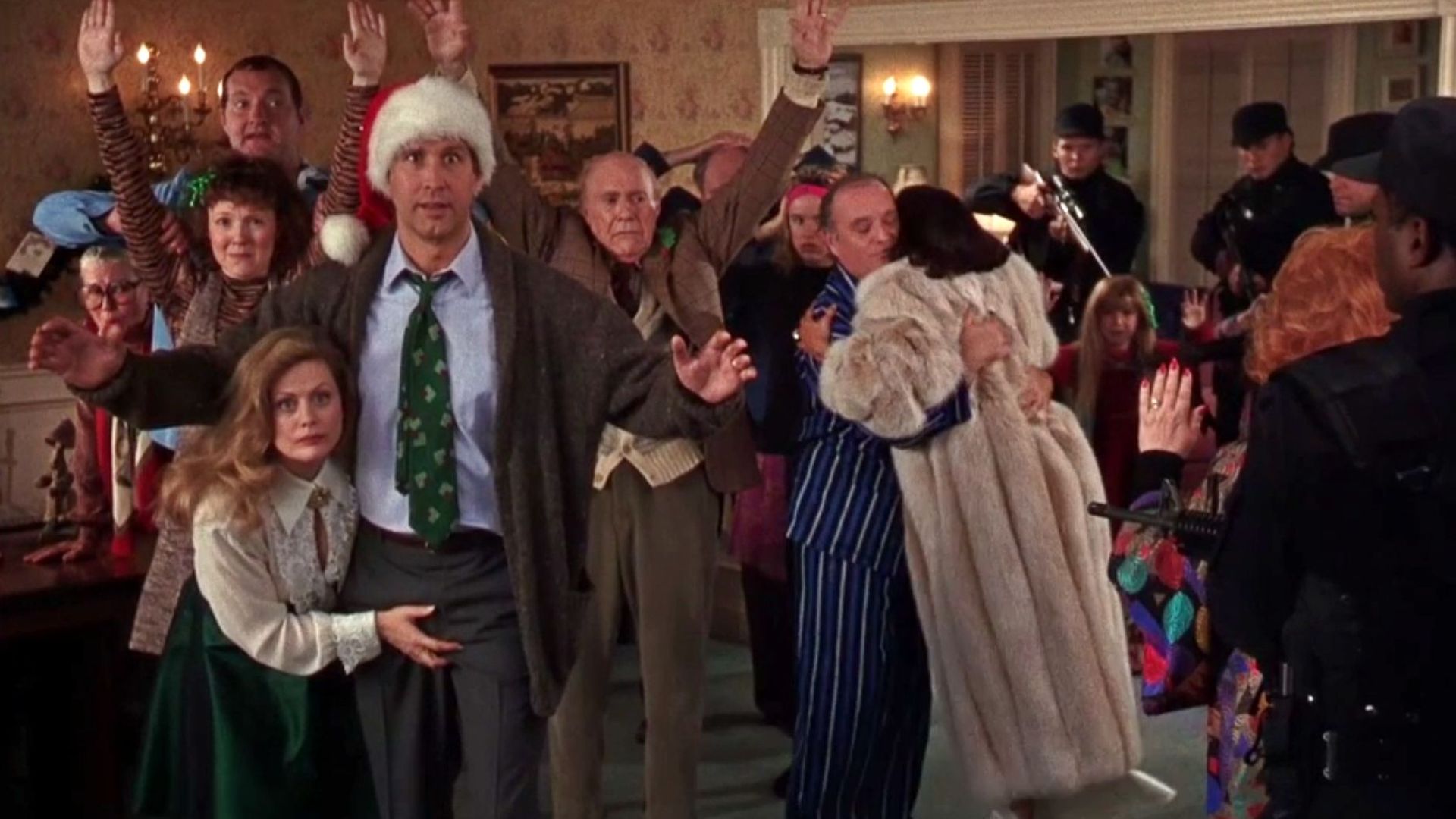 There’s a Christmas movie for everyone. Yes, even for the Grinches, the Scrooges, and the Belsnickels of the world.

That’s not only because there are as many types of Christmas films as genres out there, but because in my book, anything can be a Christmas movie that you connect with the holiday somehow, evokes feelings of nostalgia or simply has a life-affirming message.

Putting aside nostalgia, this is also the time we can indulge in kitschy, cheesy stories and over-the-top feel-good films.

Always looking for new festive films to add to my list, I asked my colleagues to share with me their favourite films to watch around Christmastime.

My favourite movie to watch during the Christmas holidays is Love Actually (2003).

I can’t really call myself a fan of romantic films, but I think Love Actually is special in its genre. It explores human relationships in a quite detailed and complex way. The fine writing supports the mazy net of characters, played by very well-casted actors. No emotion is left out in this funny and romantic portrait of London during Christmas.

Cheesy or not, for me, there is no Christmas without watching Bridget Jones’s Diary (2001) at least once throughout December. It is a real feel-good chick-flick and if you can keep a straight face when Colin Firth is fighting with Hugh Grant in front of a Greek Restaurant in central London while the Weather Girls’ one-time-hit “It’s Raining Men” is playing in the background, I personally invite you for a big glass of mulled wine!

Watch tip: I would watch it either alone to reflect on my life – or just to have a great laugh -, covered up in my fluffiest Xmas Slanket (yes, you know it, the blanket with sleeves and pockets) – or with my closest girlfriends with some wine in the company of two men, Ben and Jerry.

So I’m not much of a Christmas person, but I always watch the television miniseries Anne of Green Gables (1985, 1987, 2000) in the days between Christmas and New Year’s Eve. The show was aired every year at this time on national tv, when I was a child and I carried on the tradition when they stopped. Apart from one Christmas ball, I don’t recall Christmas being mentioned much in the 10 hours the series run but this show is the epitome of Christmas for me.

A Christmas Story (1983) – it’s nostalgic. The story is really told through a child’s point of view, including how kids think most adults are crazy people and discovering the real disturbing truth behind mall Santa’s, BB guns, and triple dog dares.

Elf (2003) – It genuinely feels like what could happen when adults let themselves go and remember what it’s like to be a kid. A big kid. A big Will Ferrell-like kid. With elf clothes. And a rocket-powered Santa sleigh.

Nightmare Before Christmas (1993) – Because nothing says holiday cheer than Tim Burton, a skeletal Pumpkin King, kidnappings, in a world where Christmas and Halloween are connected by a portal. To combine the two would be most fascinating.

Love Actually (2003), Home Alone (1990), National Lampoon’s Christmas Vacation (1989): These three films are not only 3 Christmas classics they are also films that bring a smile to your face and are the perfect way to get your Christmas spirits up.

Around this time of the year, I love going back to the ’80s through one of my childhood’s favourite TV shows: Steven Spielberg’s Amazing Stories (1985-1987). A collection of short tales of Sci-Fi, fantasy, suspense, horror, and comedy, perfect to watch every night before going to sleep! The best ones: The Amazing Falsworth, Dorothy and Ben, and Go to the Head of the Class (featuring Christopher Lloyd!)

Around Christmas and New Year’s, I love to watch the Harry Potter films! What’s not to love about a great adventure film and a magical world (especially the winter scenes! Ugh! )

My favorite movies for this holiday season are Home Alone (1 & 2) and the Harry Potter films. I never got bored watching them and I really love their music score. The kind of music score that when you hear it, you recognize it. Christmas doesn’t feel complete without watching Home Alone either.

As the resident Grinch, I don’t engage in Christmassy activities if I can help it. Still, I recently had the chance to watch the 2017 docu-gem Faces Places (co-directed by Agnès Varda and JR), which has sparked in me the kind of warm, cozy feelings I imagine most people associate with the holiday season. The film has nothing to do with Christmas, but it has everything to do with giving and sharing. It’s a gentle, unassuming work, that manages to create more emotion than most dramatic stories. It’s a tale of two complete strangers finding common ground in a joint appreciation of humanity. For someone as pessimistic as I tend to be, watching Faces Places is nothing short of a miracle. For a bit over 90 minutes, you sit back and allow the charming camaraderie of Varda and JR take you by the hand throughout the French countryside, and introduce you to universal characters. The solitary farmer, the shy waitress/mother, the gentle goat-herder, the prodigious factory ping-pong-player. Snapshots of life, captured with great compassion and shared thoughtfully with the rest of the world through film and large-scale wall-collages. Is it without flaws? What ever is? Is it a caring, sweet tribute to paying real attention to people around us? Yes, and so much more. If you want to take a break from the holiday noise, look no further.

As a person who’s a little bit obsessed with Christmas, I feel the need to watch all my favourite Christmas films, every year. The list is long, but if my time allows, I watch everything from Scrooged (1988), Elf (2003), Carol (2015) to Edward Scissorhands (1990), and even all the Christmas episodes of The Office (2005-2013) but if I could only choose one now, I would choose It’s a Wonderful Life (1946). It’s a classic tale with a slightly sentimental message, but it’s also genuinely warm, funny, and optimistic – and we all need more of that.

Categories: Behind the ScenesBlog
Prev Next